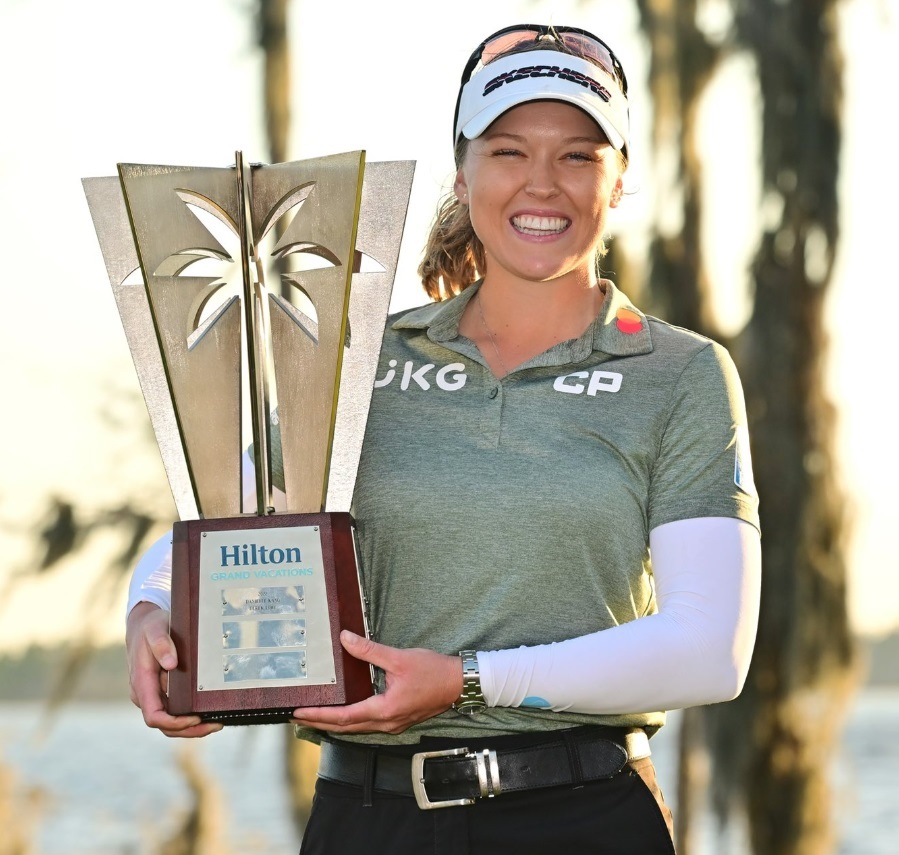 Brooke Henderson is off to a flying start in the new LPGA Tour season.

The Canadian went wire-to-wire to win the Hilton Grand Vacations Tournament of Champions at Lake Nona. It's her 13th career victory.

Henderson wasn't under too much stress in the final round of the season opener.

She handled the par 5s and kept any challengers from having too much hope.

Maja Stark started her second year on the LPGA by finishing second with Charley Hull of England.

The LPGA Tour resumes in a month.