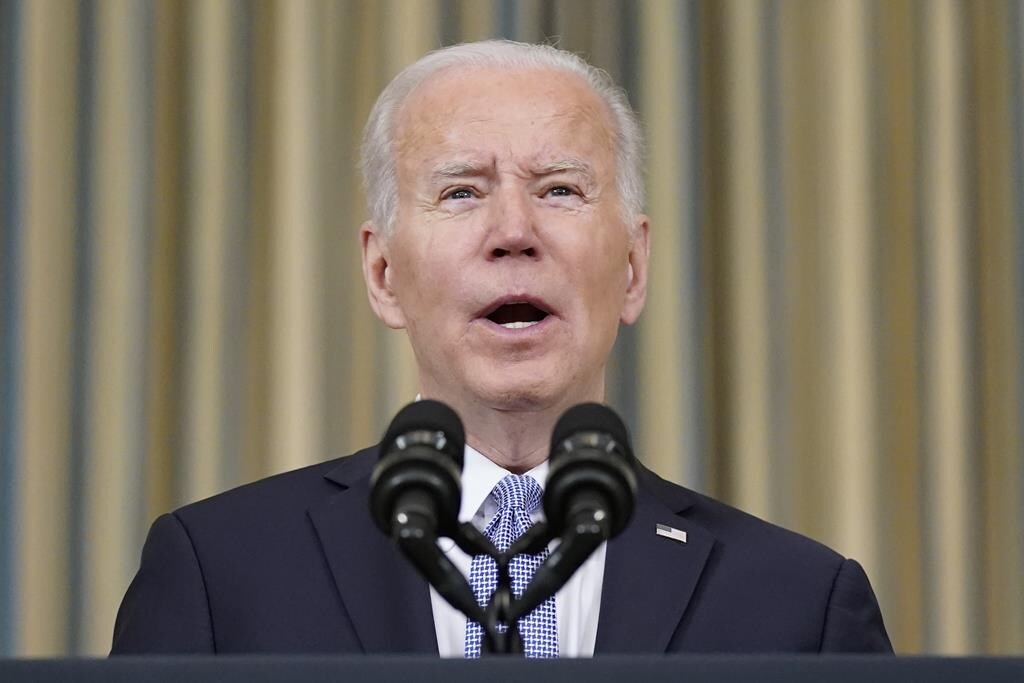 "You saw what happened in Bucha," Biden said.

He added that Putin "is a war criminal" Biden’s comments to reporters came after Ukraine President Volodymyr Zelenskyy visited Bucha, one of the towns surrounding Kyiv where Ukrainian officials say the bodies of civilians have been found.

Zelenskyy called the Russian actions "genocide" and called for the West to apply tougher sanctions against Russia.

The bodies of 410 civilians have been removed from Kyiv-area towns that were recently retaken from Russian forces, Ukraine’s prosecutor-general, Iryna Venediktova, said. Associated Press journalists saw the bodies of at least 21 people in various spots around Bucha, northwest of the capital.