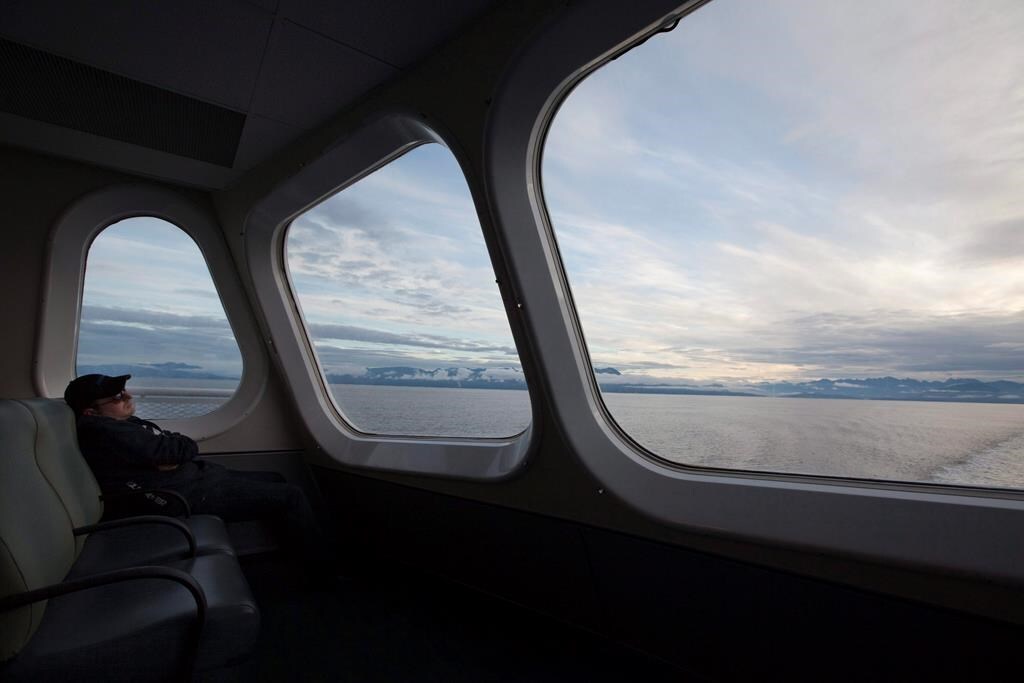 Travellers aboard a B.C. ferry heading to Nanaimo endured an epic late-night sailing when the vessel had engine trouble mid-voyage. (Photo - The Canadian Press)

Travellers aboard a B.C. ferry heading to Nanaimo endured an epic late-night sailing when the vessel had engine trouble mid-voyage.

BC Ferries says the Queen of Oak Bay departed Horseshoe Bay at about 8 p.m. Wednesday and was expected to reach Departure Bay on Vancouver Island before 10 p.m.

But the 90-minute trip became a five-hour marathon when the company says the ship had mechanical difficulty with its steering gear.

It says a tug was needed to bring the vessel into the dock in Nanaimo at about 1 a.m.

Repairs forced cancellation of numerous sailings between Nanaimo and the mainland on Thursday, adding to service disruptions that ferry officials warned were possible through the Easter weekend.

Spokeswoman Deborah Marshall said earlier that a "full suite" of added sailings was planned for BC Ferries during the long weekend, but said cancellations are possible on short notice as increasing COVID-19 cases have the potential to affect staffing.

The company's website advises travellers to avoid waits by making reservations whenever possible, travelling at off-peak times and checking online for cancellations or schedule changes before setting out.