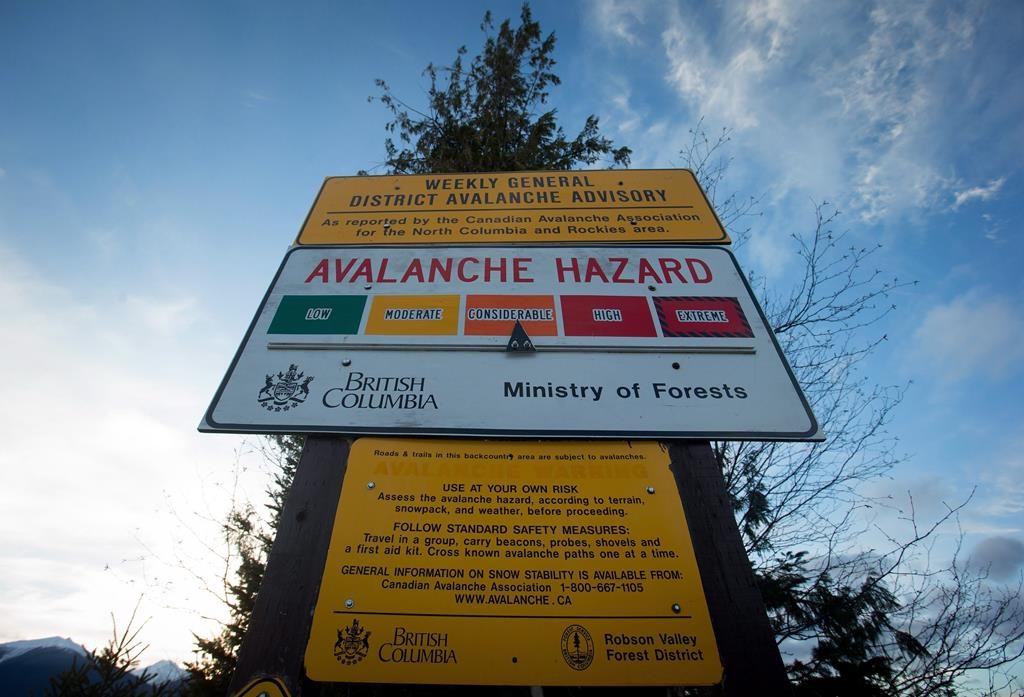 A sign showing an avalanche hazard warning of "considerable" is seen at a parking lot near Mount Renshaw outside of McBride, B.C., on Saturday January 30, 2016. THE CANADIAN PRESS/Darryl Dyck

Avalanche Canada is warning of a high danger rating in several coastal BC locations.

The forecaster says mountains and slopes on the South Coast, Sea to Sky, South Coast Inland and Northwest Coastal ranges all have high risk of slides in the alpine and treeline.

On the southern mountain ranges, it says natural avalanches are expected today with buried weak layers that could produce large slab avalanches.

Avalanche Canada says with new snow and extreme winds forecast for the Northwest Coastal ranges, avalanches are expected in many areas.

In B.C. 4 people have been killed in snow sports in the Sea-to-Sky region since Dec. 29th.