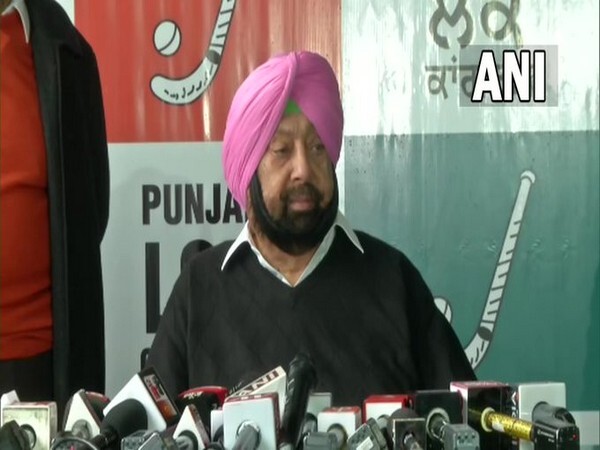 Former Punjab Chief Minister Captain Amarinder Singh on Monday slammed Punjab Congress chief Navjot Singh Sidhu over the sand mafia issue and said that Sidhu exposed himself by leading a rebellion of Congress MLAs, who are involved in the mafia, against him. (Photo - ANI)

Former Punjab Chief Minister Captain Amarinder Singh on Monday slammed Punjab Congress chief Navjot Singh Sidhu over the sand mafia issue and said that Sidhu exposed himself by leading a rebellion of Congress MLAs, who are involved in the mafia, against him.

"Considering that many of the Congress MLAs whom Sidhu had led in rebellion against me had direct or indirect interest or share in the state's sand mafia, the PPCC president's credentials in the matter were dubious," said Amarinder Singh.

As per a statement issued by Punjab Lok Congress, Amarinder Singh rejects Sidhu's allegation that he had failed to take action against the sand mafia during his tenure as chief minister.

"The PLC leader not only had taken all possible administrative steps to check illegal mining, he had specifically asked the Congress president for directives on acting against the Punjab Congress leaders and members involved in the racket," reads the statement.

"Why he was not given the necessary direction to take such action, which had political connotation and significance, was something that Sidhu should ask the Congress leadership if he really was serious about the issue," said Singh.

The PLC chief further said that the Punjab Congress MLAs, about whose ties with the sand mafia he had reported to the Congress president, were in direct touch with the party leadership in the run-up to his removal from chief ministership.

"What had shocked him was that instead of taking action against these MLAs, who had the support of Sidhu, the Congress high command had chosen to sack him," said te former chief minister.

"Sidhu's persistent and unsubstantiated attacks against him even after his departure from the Congress showed how insecure the PPCC president was. In his desperation to undermine his (the former CM's) political clout and importance in Punjab, Sidhu had even forgotten his own party unit, which was in a state of total disarray with blatant and open infighting," said Singh,

Former Congress leader also alleged Sidhu and Charanjit Singh Channi are leaving no stone unturned to ensure the wipe-out of the Congress in Punjab.