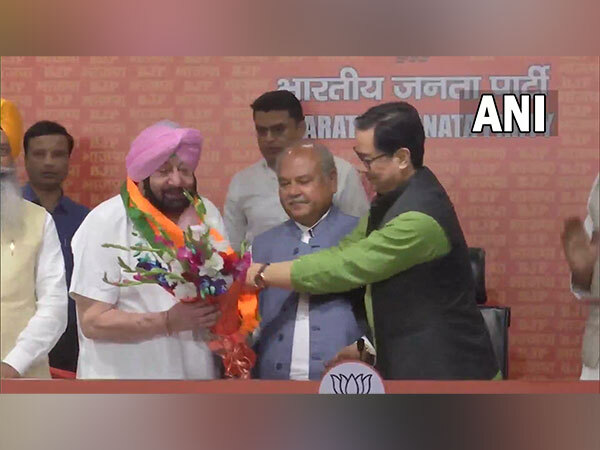 Law Minister Kiren Rijiju hailed Amarinder Singh joining the party and said right-thinking people of the country should be united. "A sensitive state like Punjab should be handled carefully. During his tenure as CM, he never kept politics before national security," Rijiju said. Amarinder made the announcement of joining the BJP after he met Union Home Minister Amit Shah on September 12 in Delhi.