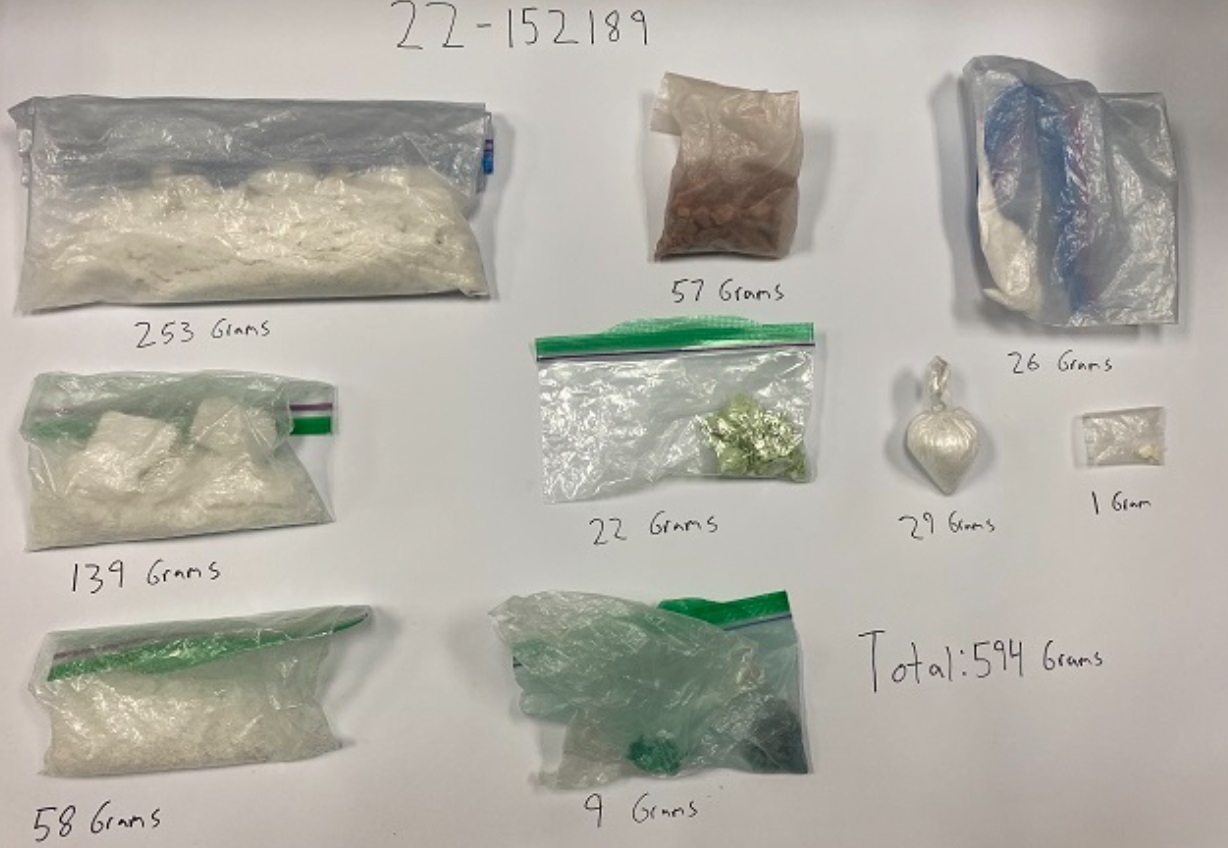 Surrey RCMP Frontline officers with the assistance of Air 1 took a suspect into custody, recovered a stolen motorcycle and seized illicit drugs.

On October 6, 2022, Surrey RCMP Frontline officers observed a motorcycle with no license plate run a red light and travel onto highway 99 northbound from the 16 Avenue on-ramp. Air 1, the police helicopter, was in the area and quickly located the motorcycle, safely following it from the sky.

The driver came to a stop, got off the bike, and fled on foot near 62 Avenue and 136 Street. Police converged in the area and located the 38- year-old suspect who was taken into police custody without incident. The driver had an outstanding warrant for beach of probation from another jurisdiction and remains in custody awaiting his next court appearance.

Police located just under 600 grams of suspected methamphetamine, cocaine and fentanyl in a satchel believed to have been discarded by the suspect while he fled from police. Through additional investigative steps, it was determined that the motorcycle was stolen on September 20, 2022 while being test driven by a potential buyer.

The keen eye of our Frontline officers in addition to the quick response of Air 1 lead to the recovery of stolen property and the seizure of over 2,800 doses of illicit drugs, says Surrey RCMP Watch Commander, Staff Sergeant Duane Honeyman. Officers are now working on completing additional investigative steps so that this matter can be brought before the courts.