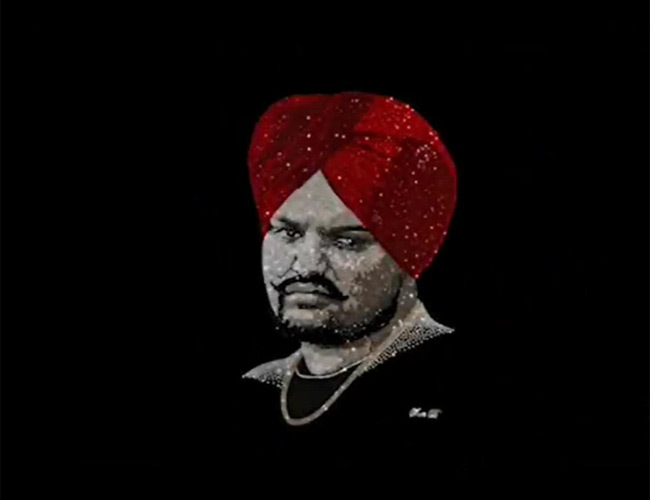 Sidhu Moosewala’s latest song Vaar gets one crore views within 24 hours of its release (Photo: Facebook)

Sidhu Moosewala’s song Vaar, which was released on YouTube has been breaking all records.

Within 24 hours it got more than one crore views and has been trending online ever since. This is the second song of the singer to be released posthumously.

The song was released on Gurupurab and it lauded the bravery of legendary Sikh General Hari Singh Nalwa, who commanded the Sikh army under Maharaja Ranjit Singh. The song describes Nalwa as the brave son of Dashmesh and pride of Punjab.

The song was released on the official account of Sidhu Moosewala with a caption, “Until the lions have their own historians, the history of the hunt will always glorify the hunter. Vaar playing now...!”

Hari Singh Nalwa was the Commander-in-Chief of the Sikh Khalsa Fauj and he is known for his role in the conquests of Kasur, Sialkot, Attock, Multan, Kashmir, Peshwar and Jamrud. Nalwa was responsible for expanding the frontier of the Sikh empire beyond the Indus river right up to the Kyber pass. He served as the governor of Kashmir, Peshwar and Hazara. He established a mint (an industrial facility which manufactures coins) on behalf of the Sikh empire to facilitate revenue collection in Kashmir and Peshwar.

Earlier, his song SYL, which was released posthumously, had also done well as it became top trending within minutes of its release online. The song is about the contentious issue of Sutlej –Yamuna Link Canal between Punjab and Haryana and it also talks about undivided Punjab, 1984 riots, militancy, Sikh prisoners and other issues. However, the song was blocked by the video sharing platform following a request by the Union Government.

Sidhu Moosewala was killed by six shooters at Jahawarke village near Mansa on May 29 evening, a day after the state government pruned his security. The Mansa police had registered a case against 36 accused in the charge-sheet and four shooters had been arrested, while two were killed in police encounter.

A new song of Sidhu Moosewala is likely to release on Tuesday. This would be his second song that would be released afte...