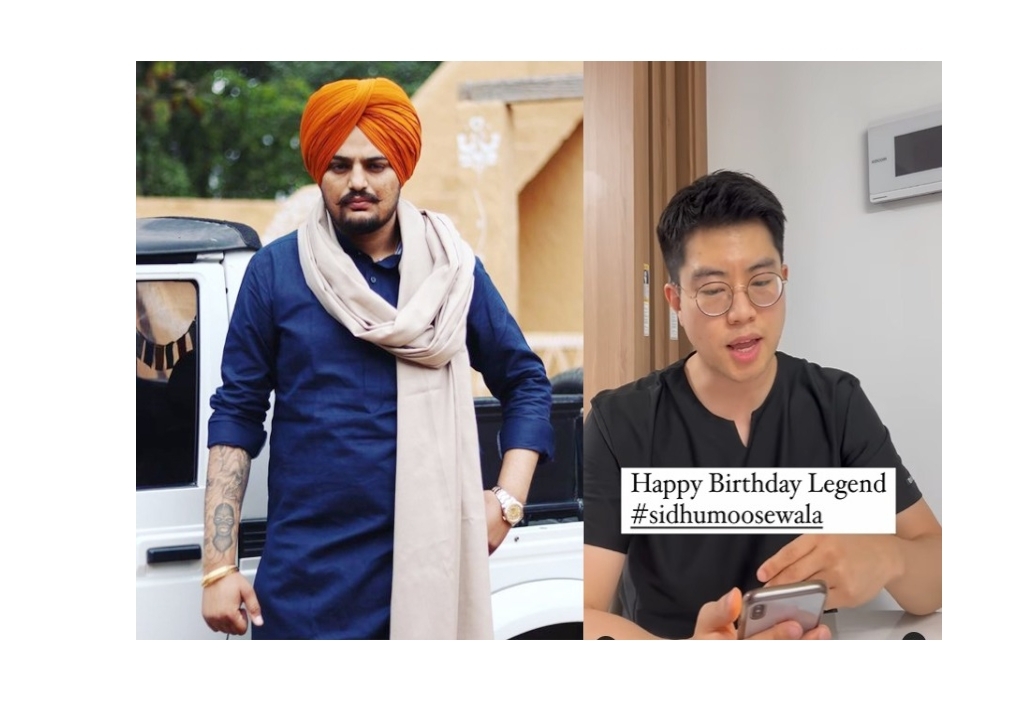 Late Punjabi singer Sidhu Moosewala has fans world over. If on one hand his videos played at the New York City’s iconic Times Square on his birth anniversary, there’s his fan in Korea who perfected Sidhu’s song 295 to pay tribute to the late sing. The video has gone viral on all social media platforms.

In the video posted by @mylovefromkorea17, a person from Korea is paying respects to Sidhu Moosewala by singing his popular track with pitch-perfect fluency. In the caption, he has written, “Happy Birthday Legend @sidhu_moosewala#295@js_lee1990.” The Instgram page is handled by some Neha, who is an Indian and Jongsoo, a Korean. The duo often creates content around fashion, food, lifestyle, etc.

The video took no time to get viral as many Sidhu Moosewala fans were left impressed by Jongsoo’s effort to show his love for the late singer.

n the occasion of Sidhu Moosewala’s birth anniversary, his family dropped a video with shots from Sidhu’s childhood and other memories of his growing up years.