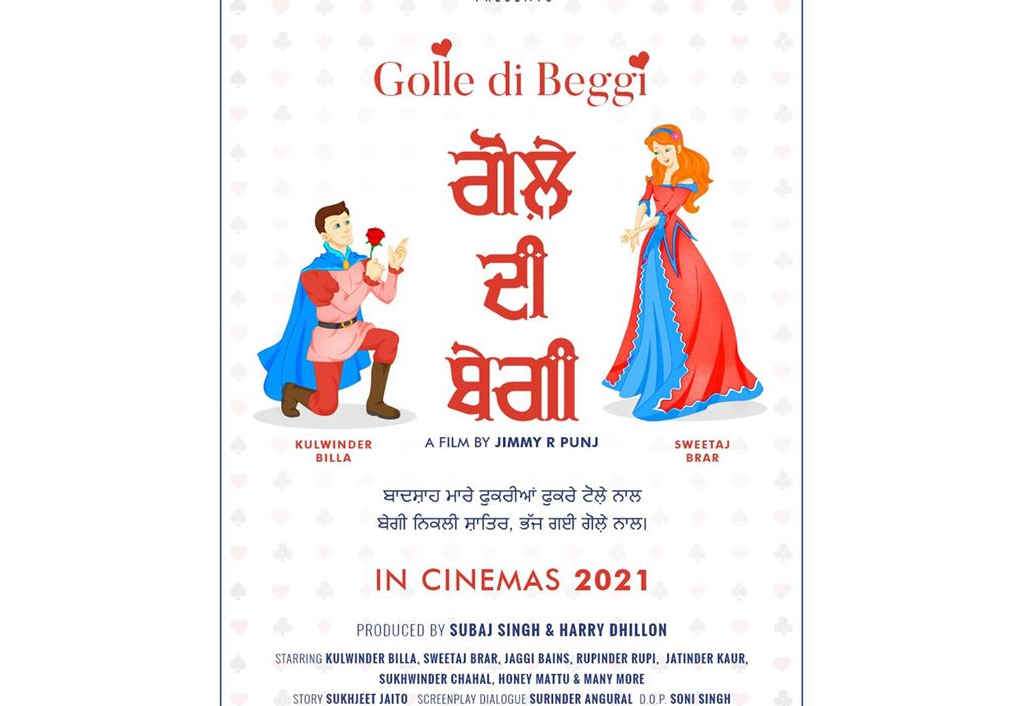 While on one hand, the release date of a good number of Punjabi films is being pushed forward owing to covid-19, on the other hand, a section of producers, directors and actors seem to be in a rush to announce their upcoming projects. Here is a look at some of the Punjabi films, which might see the light of the day this year or probably in 2021!

Singer-actor Kulwinder Billa shared the first-look poster of his upcoming film Golle Di Beggi, which is expected to go to theatres in 2021. The film also stars Sweetaj Brar in the lead role, opposite Kulwinder Billa. Next up is Ammy Virk’s period drama film, Hukma, which does not come with any release date! However, Ammy Virk did share the first-look poster of this film on his social media account. The story of Hukma is written by Jagdeep Sidhu, and it will be directed by Gurpreet Singh Palheri. There are no details regarding the female lead of this film.

Another movie which makes an entry in the category of upcoming films post lockdown is, Ucha Burj Lahore. Written and to be directed by Amberdeep Singh of Laung Laachi fame, the film appears to be a period drama too! Amberdeep has just shared the poster from the film, without divulging much details.

Ammy Virk’s Saunkan Saunkane and Gippy Grewal and Neeru Bajwa’s Paani Ch Madhaani are two other projects, which will find a suitable release date next year 2021. Saunkan Saunkane brings back the hit jodi of Ammy Virk, Sargun Mehta and Nimrat Khaira. Written by Amberdeep Singh, the movie will be directed by Amarjeet Singh Saraon.