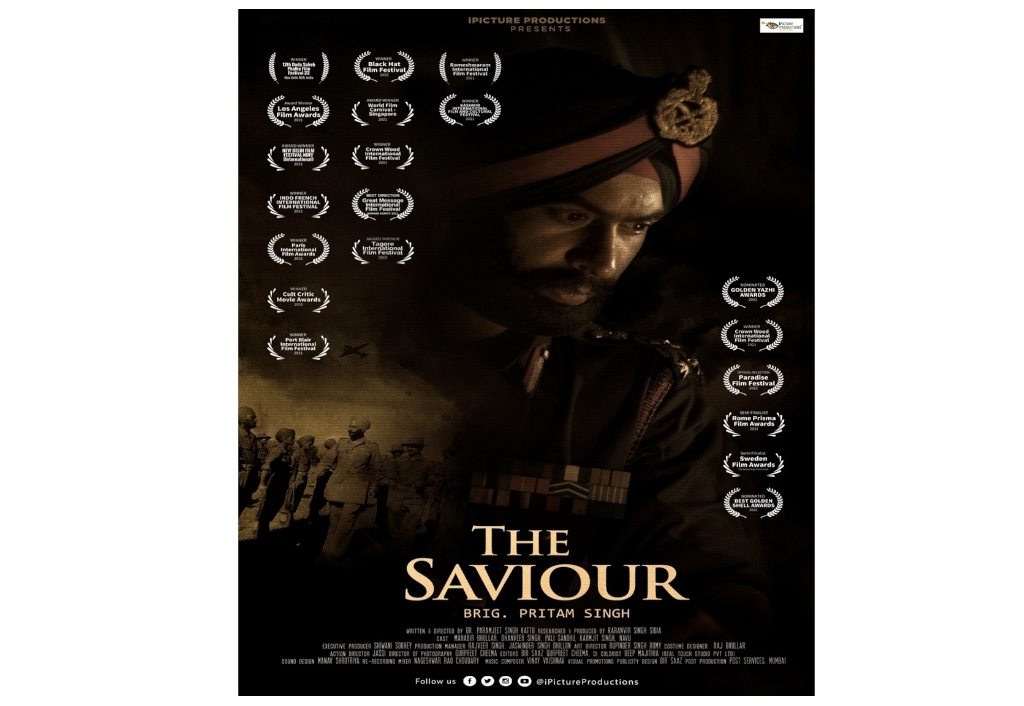 A docu-drama based on the life of Brig Pritam Singh has been adjudged as the Best Punjabi Documentary at the 12th Dada Saheb Phalke Film Festival 2022 held recently at Noida.

The Saviour: Brig Pritam Singh has been produced by Chandigarh-based Karanvir Singh Sibia and has been written and directed by Dr Paramjeet Singh Kattu.

The 80-minute docu-drama captures the bravery of the Indian Army under the leadership of then Col Pritam Singh who led the 1 PARA Kumaon regiment and fought the battle of Shelatang with the Pakistan Army on November 7, 1947 and how they were able to recapture Baramullah, Uri, and later liberated 600 Poonch.