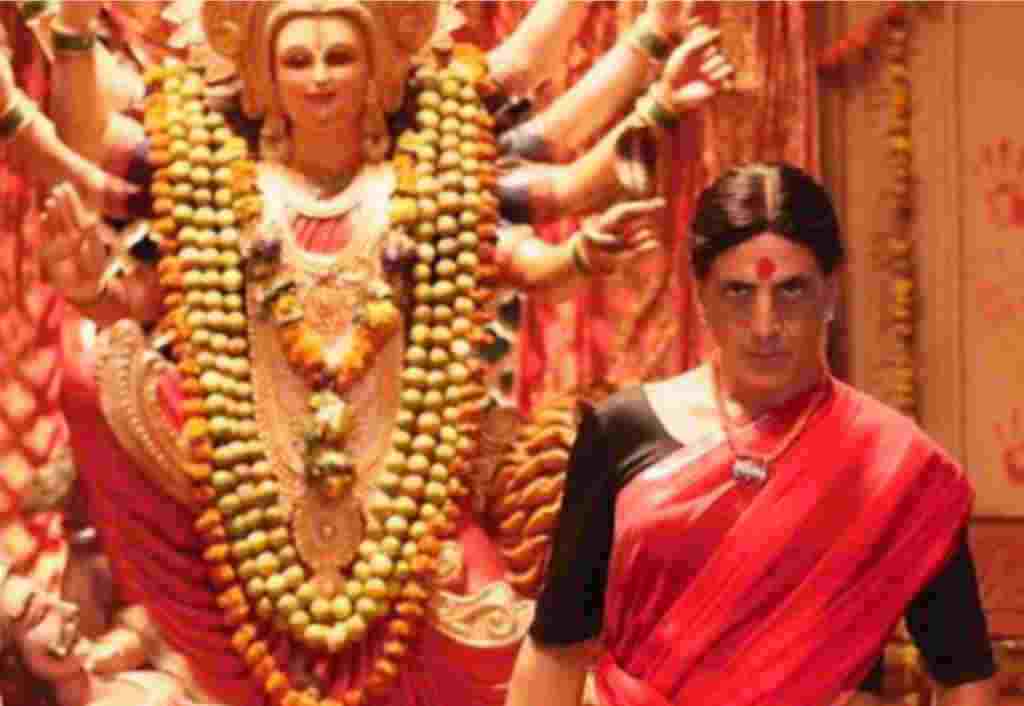 Time once gone by never comes back. The two hours spent watching a sad tale of atmaa’s, sindoor, red bindi, and Hindi-Muslim rigged banter, with a more than generous sprinkling of pedestrian acting by a well-known actor, is never going to come back.

And not going to be forgiven too!

Akshay Kumar and Kiara Advani starrer Laxmii, a remake by writer-director Raghav Lawrence of his own 2011 Tamil hit film Muni2: Kanchana, although termed as a horror-comedy, is nothing more than irritating and unbearable horror with no sights of comedy.

And it wouldn’t be an ounce of exaggeration to say that the Tamil version of the film is far more watchable than the remake one.

For once it looks as if director Raghav Lawrence is so smitten by Akshay Kumar, as an Indian patriot and as an Indian ‘patriotic’ actor that he thought it was needless to bring in his directorial sensibilities.

The film stereotypes the anyway marginalised trans community in India, and whips up a never before seen and heard Hindi- Muslim ‘bhaichaara’.

Laxmii, a horror film is also suppose to offer moments of scare, when you feel your bones freeze, from the word ‘bhoot’.

But the only action that is felt is when your cranial bones swell due to the ordeal called Laxmii.

The poorly designed script of the film is thrown open to the audience to sew it together with their own sensibilities.

Even though the film probably wants to draw attention to the fact that the trans community despite the oppression is moving to the center-stage, it clearly fails to do so.

If it all it makes it more cliché with its slapstick comedy and typical depiction.

Laxmii in a way is also meant to draw attention towards the superstitions around the ‘bhoot paraphernalia’, however, the torturous and overstayed presence of a ‘bhoot bhagane wala baba’ will make one accept it as a clue to a handling ‘bhootiya’ situation.

Coming to the otherwise dependable star cast of the film, starting with the 100- crore bankable name Akshay Kumar to the oh-so-pretty Kiara Advani to Manu Rishi Chadha, Ashwini Kalsekar, Rajesh Sharma, Ayesha Raza Mishra, the one word that describes their acting is ‘pedestrian.’

If this doesn’t seal the deal then the words are caricatured, grotesque and haunting.

Akshay Kumar sounds nothing different than his 1997 film Aflatoon, even when he plays a rational, ‘I-am-not-scared-of-ghosts’ Muslim character, Asif or the possessed trans, Laxmii.

The only person who stands out in the film is Sharad Kelkar, not only in terms of his on-screen appearance of a trans but with his spot on acting too.

The other thing that stands out in the film is of course Dubai’s grand building, Burj Khalifa.

Wonder what it has to do Laxmii, well, be ready to part with two precious hours of your life!