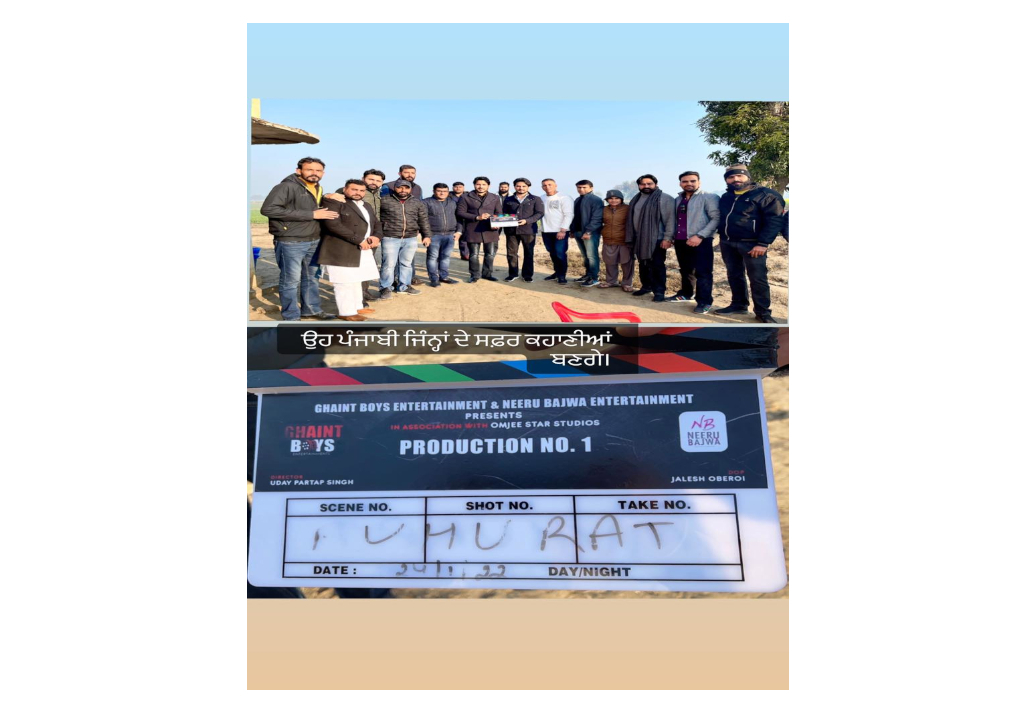 Punjabi singer - actor Kulwinder Billa has taken it to his official social media handle and shares about his upcoming project.

The artist is all set to hit the big screens with an upcoming film starring Neeru Bajwa, Gurpreet Ghuggi and Jass Bajwa under his own production house, ‘Ghaint Boys.’ Kulwinder shared a still from the shoot which conveys that the shoot has already started.

Further, in the caption of Kulwinder Billa’s post, he feels grateful that co-star Neeru Bajwa will also be producing along with him.
With Ghaint Boys Entertainment and Neeru Bajwa Entertainment, the film will be presented in association with Omjee Star Studios.