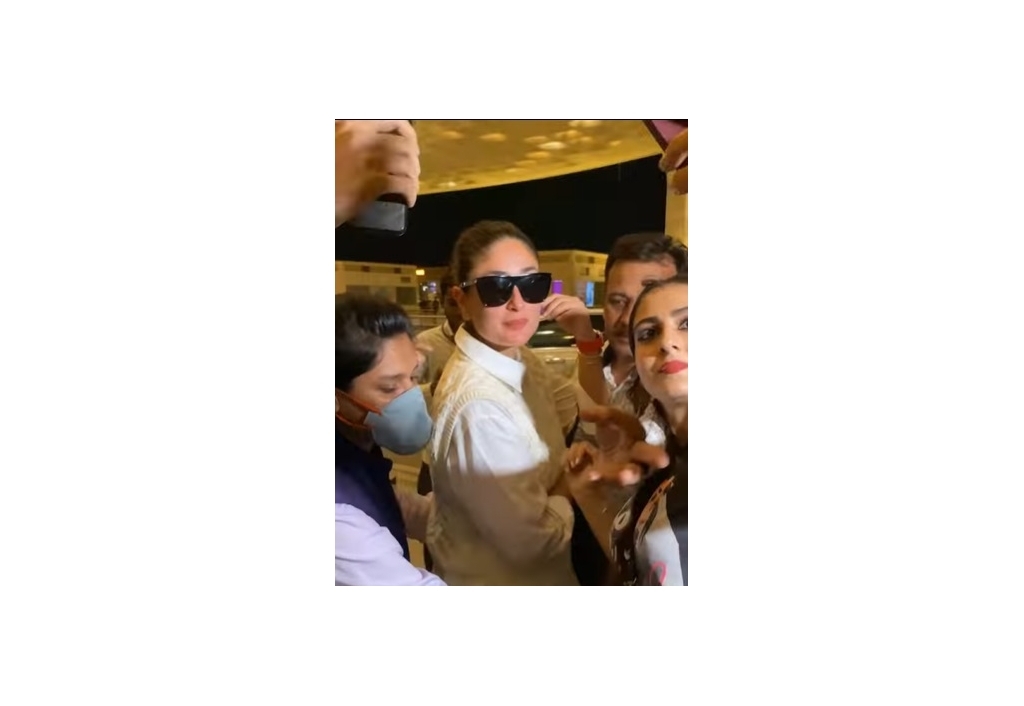 Demanding selfies from celebrities in the public space without respecting their boundaries has been an ongoing fandom problem.

Kareena was mobbed by a swarm of fans while she was entering the airport. Kareena was pushed by some fans who were trying to take pictures with her. One even tried to put his hand on her shoulder. However, Kareena kept calm as she navigated towards the airport. At one point, Kareena definitely looked uncomfortable.

The videos and pictures of Kareena being mobbed by fans went viral, leaving netizens angry.