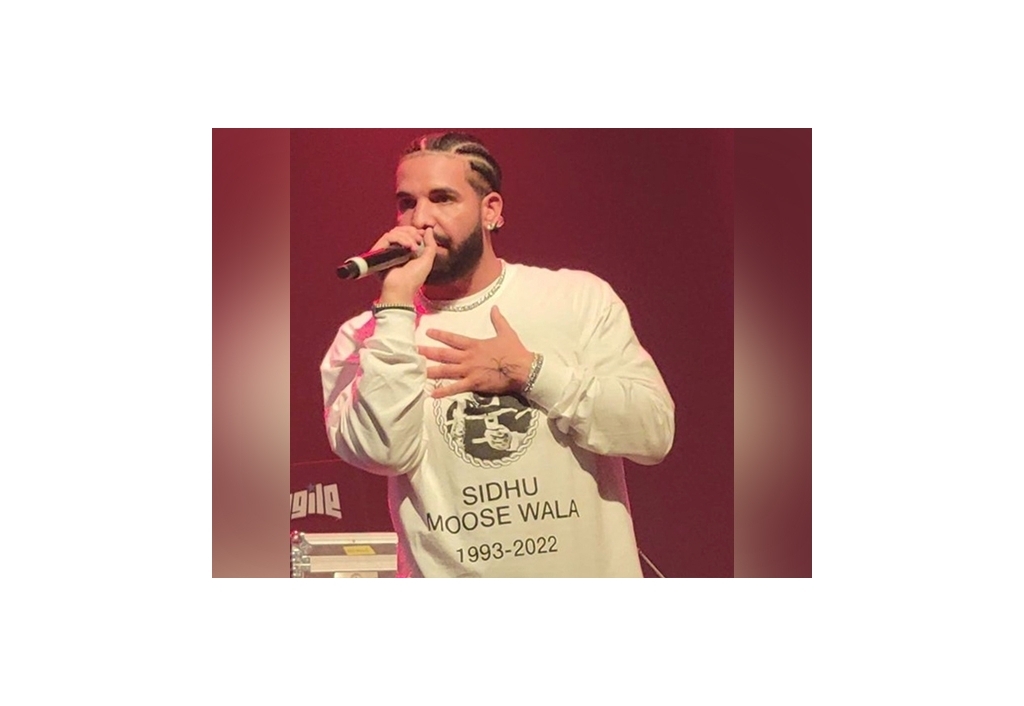 In a tribute to late Punjabi singer Siddhu Moose Wala, international rapper and singer Drake has once again won the hearts of his fans.

The verified Instagram page of Drake's website 'Drake Related' posed a video of Siddhu Moose Wala and wrote, "Sidhu Moose Wala (1993-2022). We celebrate your life and influence in India, Canada, everywhere. Rest in peace to our friend and legend.Remembering this legend with a tee available now on www.drakerelated.com. We are working with Sidhu's family to dedicate proceeds from this drop in his honour."

Pre-booking of the T-shirts on Drake's official website has already started. The T-shirt is priced at 65 USD which converts to around Rs 5,000.

A week ago, Drake, while performing at a concert in Toronto, wore the same T-shirt. And, right before starting the concert, Drake said, "I'm here tonight, grateful, just as a kid who grew up wide-eyed. I'm a fan; I'm one of you tonight. I'm grateful to be from the greatest city in the world..."

Drake started following Sidhu Moose Wala on Instagram in 2020. When Sidhu Moose Wala was shot earlier this year, Drake expressed grief on the social media platform by posting a story in his honour.

Sidhu Moose Wala was shot dead by assailants in Jawaharke village of Punjab's Mansa district on May 29. The incident took place a day after his security was withdrawn by the Punjab Police among 424 others.