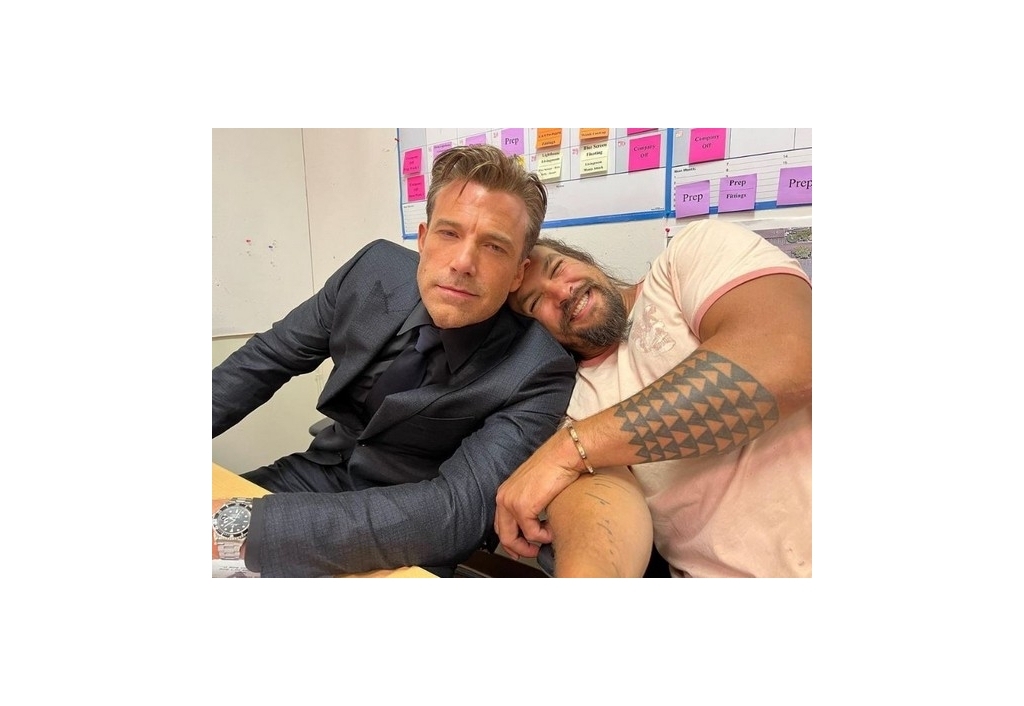 Seems like Arthur Curry and Bruce Wayne are reteaming, with Jason Momoa revealing that Justice League costar Ben Affleck will appear in 'Aquaman and the Lost Kingdom'.

According to The Hollywood Reporter, Momoa revealed the news on Instagram on Thursday, after fans on a Warner Bros. bus tour apparently caught wind that Affleck was there filming with him.

"REUNITED bruce and arthur. love u and miss u Ben WB studio tours just explored the backlot alright. busted on set all great things coming AQUAMAN 2 all my aloha j," Momoa wrote, along with a photo of him and Affleck.

Affleck previously announced his retirement as Batman in 2019 and has been open about the personal and professional strife that came with the role.

So, it came as a surprise two years ago when it was revealed Affleck was suiting up once more for 'The Flash', the Ezra Miller starring film due out June 23, 2023, and that will also feature Michael Keaton as Batman.

It was assumed that would be Affleck's final time in the role, but now he is poised to return earlier with 'Lost Kingdom' arriving on March 17, 2023.

Affleck has played the caped crusader in 'Batman v. Superman: Dawn of Justice', 'Suicide Squad' and 'Justice League'. At one point, he was to direct and star in 'The Batman' before stepping back.