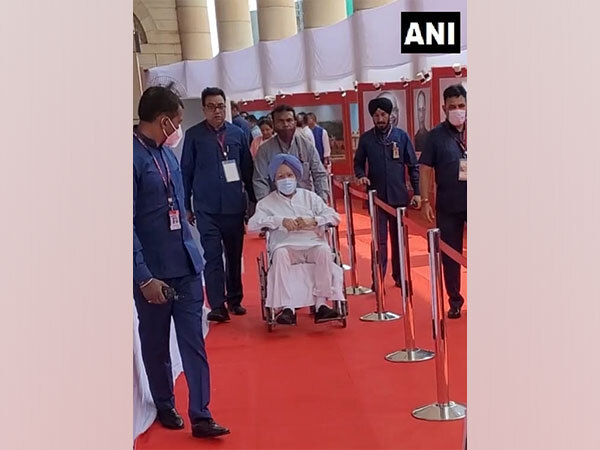 The pictures and videos of former Prime Minister and Congress MP Manmohan Singh reaching Parliament in a wheelchair to cast his vote for the presidential election 2022 on Monday are being widely shared on social media.

"Manmohan Singh, former Prime Minister of India and Congress leader, casts his vote in the Parliament for the Presidential election in a wheelchair. Long Lives Singhji, Long Lives India!," a Twitter user wrote.

Singh, 89, and Prime Minister Narendra Modi were reportedly among the first few electors to cast their vote in the initial two hours of the presidential poll. When Singh reached the ballot box, he was helped by officials to get up from his wheelchair and cast his vote.

Polling began at 10 am at the Parliament House and the state legislative assemblies with MPs and MLAs casting their votes to elect the 15th President of India. The voting process concluded at 5 pm. The counting of votes will take place on July 21.

Notably, Singh took a leave for the entire Winter Session of Parliament last year on health grounds. The veteran Congress leader and the two-time former prime minister were admitted to the All India Institute of Medical Sciences (AIIMS) in New Delhi on October 13 last year after he complained of weakness following a fever. He was discharged from the hospital on October 31.