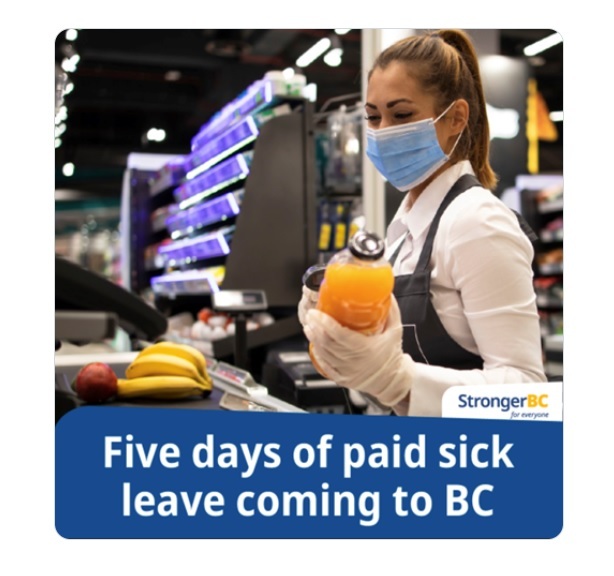 Workers in British Columbia will be eligible for a minimum of five paid sick days a year starting in January. (Photo - Harry Bains/Twitter)

Laird Cronk, the president of the BC Federation of Labour, is critical of the decision, saying provincial data indicates that while workers may take an average of 4.8 sick days annually, countries like New Zealand, Australia, Sweden and Germany have 10 days or more.

He says that is what it takes to make sure workers have the economic stability to stay home when they are sick.

Workers in British Columbia will be eligible for a minimum of five sick days per year starting January 1st.