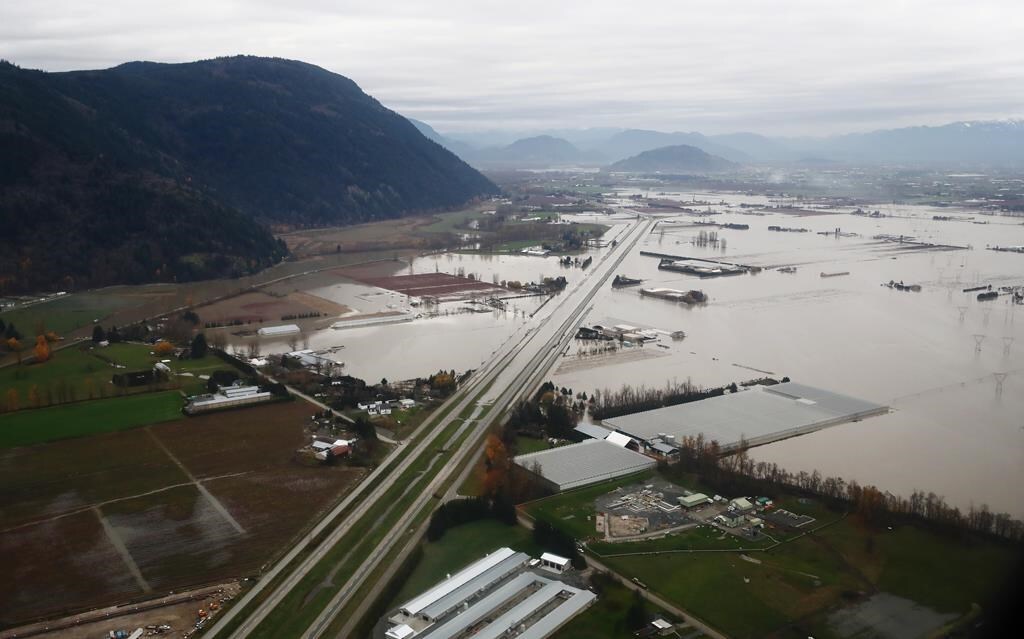 Flooded farms are seen along the Trans-Canada Highway in this aerial photo in Abbotsford, B.C., on Monday, November 22, 2021. THE CANADIAN PRESS/Darryl Dyck

Environment Canada is warning more rainfall is expected in B-C this week and that it will affect areas that are still recovering from last week's floods.

They say another so-called atmospheric river is expected to bring 40 to 70 millimetres of rain in the Fraser Valley, and potentially more than 100 millimetres in the North Shore Mountains around Howe Sound.

Farnworth says he's been told the system would be implemented in January, but Environment Canada says a launch date for a warning system has not been confirmed.