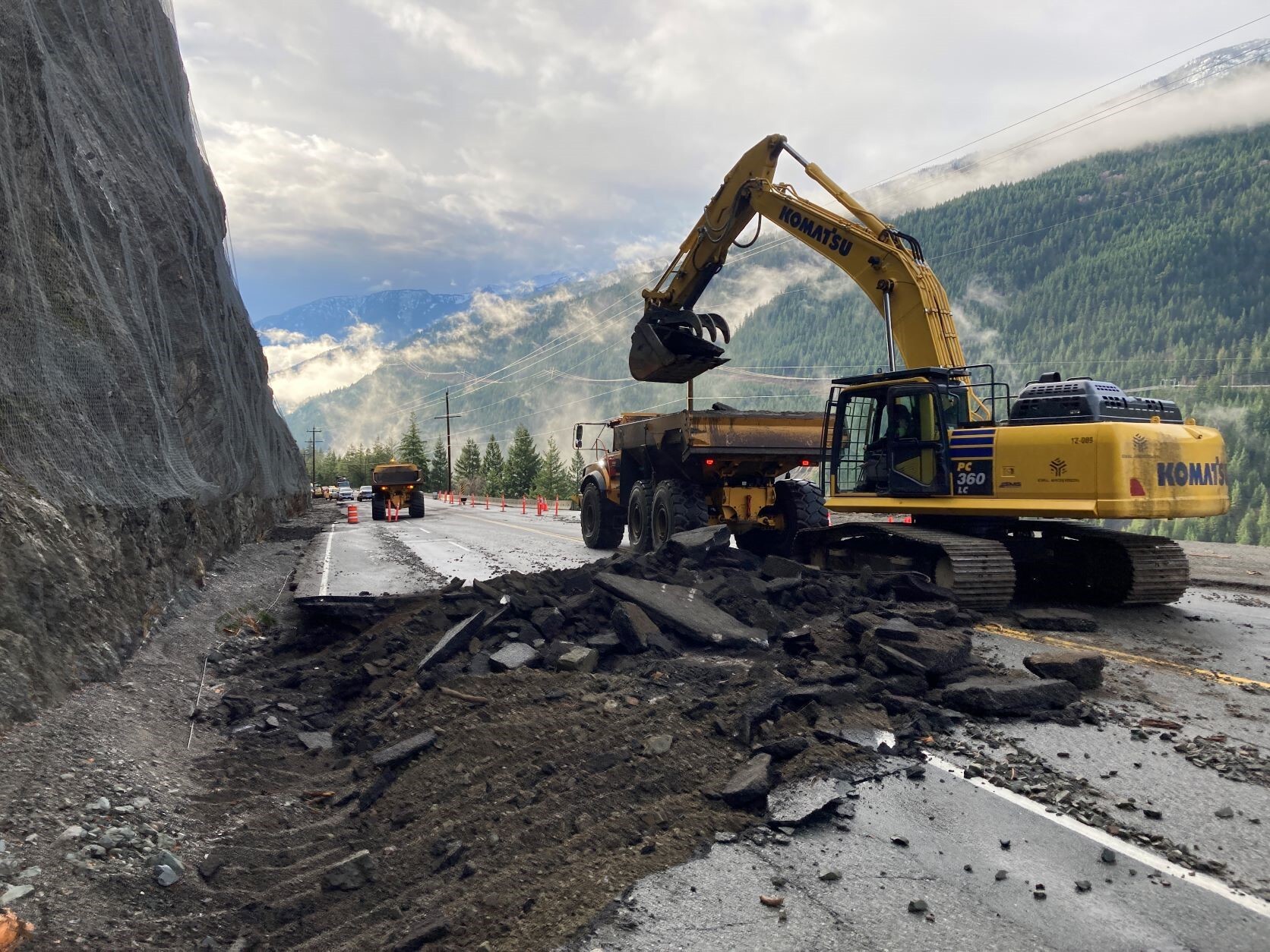 Wind and rainfall warnings blanketed most of the B.C. coast Wednesday and they come after about a dozen so-called atmospheric rivers have saturated land in the province since September.

Farnworth says that even routine rainfall may cause already-swollen rivers to rise to dangerous heights and he urged residents to prepare for evacuations and watch for updates.

However, he says the government is also making headway on recovery since last week's floods, with supply chains stabilizing, gas shortages starting to ease and some evacuees allowed to return to their homes.

Transportation Minister Rob Fleming says the government is prepared to close some roads as a precaution as modellers try to predict where and when flooding and mudslides might occur.

Highway 1 through the Fraser Valley is on track to reopen Thursday, while there is no timeline for others, such as Highway 8.